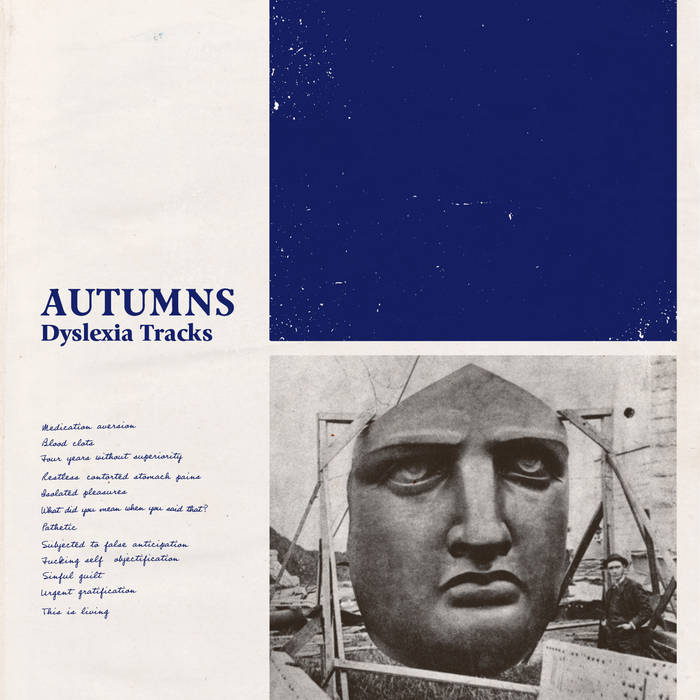 Autumns is the solo project of Christian Donaghey from Derry, Northern Ireland.

Following several releases on Downwards and Clan Destine and hot on the heels of his debut LP, ‘Suffocating Brothers’, the ‘Dyslexia Tracks’ EP sees Autumns deliver 5 tracks and 38 minutes of brutal beauty for Touch Sensitive.

Aligning itself closely to his recent devastating live performances - where snares (and belts) crack like whips and synthesizers “wriggle like a fucking eel” - ‘Dyslexia Tracks’ completes Autumns’ journey from his post-punk beginnings to producing some of the tautest and toughest electronic music we’ve heard in some time.
From the Hidden Reverse of Whitehouse and Throbbing Gristle to the futurism of Drexciya, Underground Resistance and other Detroit dons, Autumns sucks up influence and spits it out onto the darkest, sweatiest, haze-filled dance floors.

Alongside progressive appearances on cult labels and an acclaimed collaboration with renowned techno experimentalist Samuel Kerridge at the 2016 edition of Paris Fashion Week, Donaghey’s restless work ethic has seen him share stages in Europe and the US with The KVB, Lust For Youth, Beak>, Silent Servant & DVA Damas.

Autumns will play an extensive run of shows throughout Europe in support of ‘Dyslexia Tracks’ and his debut album.